Send us a message

How to find us 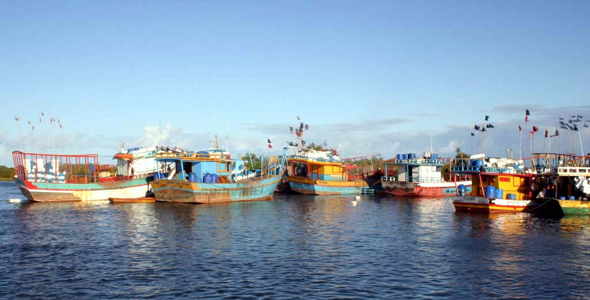 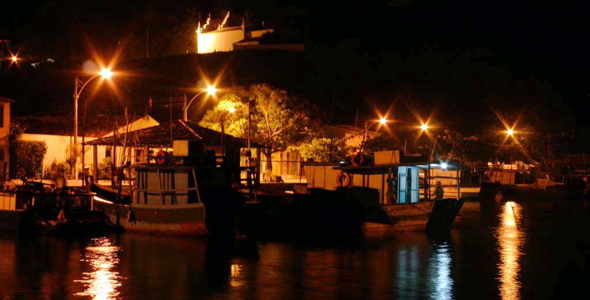 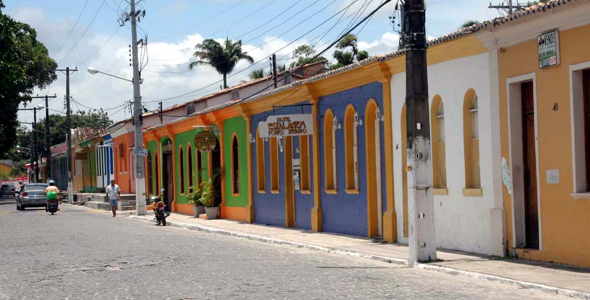 Interesting facts about the country, its people and climate

The Village Mata Encantada is located in the »APA Santo Antonio« nature reserve. The property, surrounded by the natural environment of the rainforest, lies right beside the Santo André beach. This was justifiably classified by »Veja« magazine as one of the ten most beautiful and exotic beaches in Brazil.

The water at the »Praia de Santo André« (also: »Praia de Tartarugas« – Turtle Beach) is calm thanks to an offshore reef. This makes it ideal for bathing, and also for families with children. Thus far, this insider's tip in the region remains undiscovered by mass tourism.

Up until now, only sustainable tourism has been developed in the region. With this in mind, the team at Village Mata Encantada have taken the appropriate measures. We heat our water using only solar energy. Ozone is used instead of chlorine for treating the swimming pool and water purification.

Santo André borders directly onto the Village Mata Encantada. The tranquil village has thus far remained a pleasant and quiet fishing village with little more than 800 inhabitants. From the hustle of Porto Seguro with all its beach bars you arrive from Santa Cruz Cabrália directly on the ferry over the Rio João de Tiba.

In recent years Santo André resort has become increasingly important. Here, upmarket ecotourism has developed with a markedly sophisticated infrastructure. For supplies during your holiday there are two small discount stores, grocery stores, boutiques, arts and crafts workshops, and over a dozen restaurants, pubs and bars in the village.

An old Brazilian legend recounts the following about Santo André. An anxious father who was afraid of thieves buried a golden statue of Saint Andrew here. Who knows - maybe the gold of this statue has lent a particular gloss to the small fishing village?

Porto Seguro was founded in 1534 and is commonly acknowledged to be the birthplace of Brazil. In Santa Cruz Cabrália, the Portuguese Pedro Álvares Cabral stepped on Brazilian soil for the first time on 22 April, 1500. Porto Seguro is therefore one of the oldest cities in Brazil.

Porto Seguro is easily accessible from the Village Mata Encantada and is a popular tourist destination. Visitors can enjoy a wonderful view of the coast from the historical upper town,. Anyone who likes hustle and bustle will discover vibrant life in the lower town. Shopping streets offer attractive shopping options during the daytime. Round off the evening with the best Bahian and international cuisine at the »Passarela do Descobrimento« with its many bars and restaurants.

Since 1993, the international airport in the city of Porto Seguro has contributed significantly to economic growth and tourism in this part of the country. Today, Porto Seguro is one of the most visited cities in Brazil.

The humid tropical climate of the region is one of the most pleasant in the world due to both the warm, moist winds from the South Atlantic and frequent strong winds from Patagonia.

An average temperature of 22°C in winter and 26°C in summer means that guests at Village Mata Encantada can enjoy beach life throughout the year.

The region doesn’t have a definite rainy season, but the months of August/September and January/February are considered to be the driest and there is usually more rainfall in the month of May.